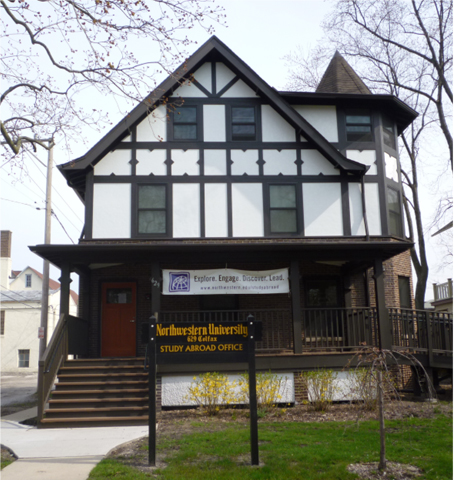 The winners of the 2013 Preservation and Design Awards were announced on Monday night at the Evanston City Council meeting. 629 Coflax Street, a complete interior and exterior rehabilitation, received the Award for Sensitive Alteration/Adaptive Reuse. The building could have easily been slated for demolition but was instead creatively rehabbed to salvage as much of the existing structure as possible, repurposing it from its original design as a single family home to Northwestern University Study Abroad ofﬁces. The jury praised the project for maintaining the overall style of the house while successfully achieving the new use as an office.